A few bugs have been fixed and a new fishing area has been added, along with a few other changes. 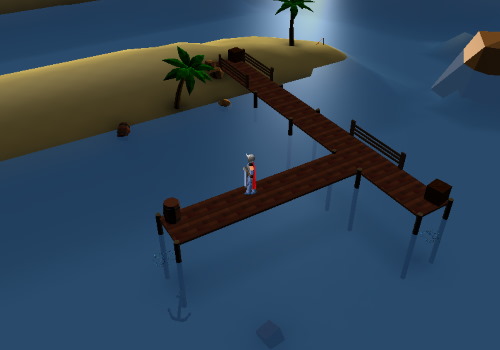 New docks have been built in High Cove that will allow you to catch ocean fish, such as Tuna and Marlin. Along with this, Tuna has been updated to require level 48 fishing to catch and level 48 cooking to cook (along with xp increases), and now heals 12 hp. Crabs now heal only 10 hp instead of 12 hp.
And going along with the ocean theme, if you are looking to collect some starfish, Pirates now have a decent chance of dropping them when killed.

A few other changes

And some bugs that were fixed are:

Bug fixes will always be prioritized, but here is a glance at a few of the updates that are planned for the near future: