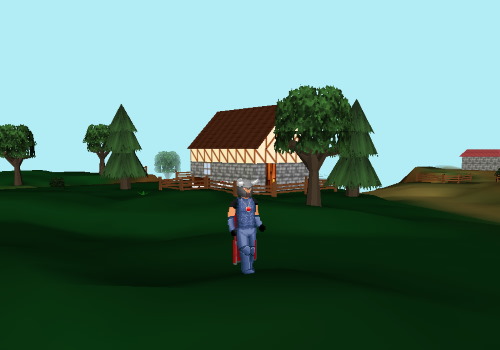 The time-of-day system has returned, a new island has been discovered, and much more

Perpetual darkness has finally left the lands of HighSpell! The color of the sky and lighting now changes with the time of day. A convenient clock has also been added next to the minimap. Will anything special happen during certain times of the day? Perhaps you'll have to wait and find out...

An explorer of the high seas, Captain Henry, has recently discovered a new island far out in the ocean. He has even helped construct a bank there already, although he might be a bit picky as to who he will allow to voyage there... rumour has it he holds high respect for expert fishermen. He is currently docked down in High Cove.

An old dungeon underneath Celadon City has been unearthed. A bit of a warning though, some folks who ventured down there never came back up...

A mysterious man has finally returned to his little "circus tent" near Banton. Apparently he travels around, stocking up on interesting goods... he might be worth checking out.

A few teleportation spells have been rediscovered, and everyone's spellbooks have been updated accordingly. They might help a bit with training enchanting... or at least with getting around HighSpell a bit more easily.

And last but not least, a few more bugs have been fixed.