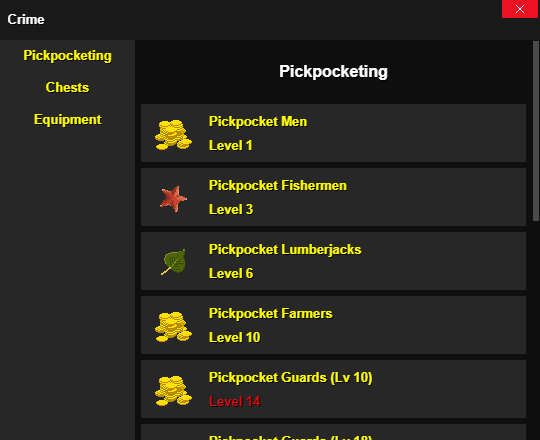 The Crime skill has finally been released, as well as a few more general game improvements and bug fixes.

Crime can now be trained! Currently, two ways to train are:You can see more details by opening the Crime Skill Guide in-game (clicking the Crime stat in the Stats Menu)

A new pond has been dug & stocked with fish in Middlefern, it should help new players more easily find a place to fish.

For those who have found a Pirate's Key, you can try heading over to Pirate's Bay and see if it unlocks a chest that the Pirates are guarding. For those wanting to find a Pirate's Key to open the chest, rumour has it they sometimes wash up along the shoreline.